Skip to Content
Home Blog Sleep Guides When is a child too old to sleep with parents?
by 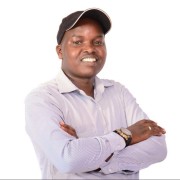 Children need a lot of care and love during their early age. It is at this stage that children bond with their parents and get a sense of protection and safety. In most families, co-sleeping with children is a norm during their early stages of life. This is because the child is still vulnerable and less aware of their environment. However, at some point in life, the child needs to adapt to sleep on their own. If the parent continues co-sleeping with the child, the child risks being dependable on the parents for most of their teenage life. The question that comes up too often is ‘when is a child too old to sleep with parents?’

Katie Ziskind, a licensed marriage and family therapist, talks about co-sleeping. She observes that children should be taught to sleep on their own when they are 5 to 8 years old. However, she admits that most parents still lack education on how to do that successfully. She further observes that this is the reason why these parents never teach their children early enough. Others teach them late in their life. Katie insists that teaching a child at the age of around 5 years that their bed is safer helps take off the stress of having to separate with the child at an older age.

The co-sleeping age limit is not constant for everyone. However, a wise parent should know when the right time comes for the child to start sleeping in their bed. Most parents discard the early signs that signify that the child should be introduced to their beds. This article discusses the benefits that come with co-sleeping with your children. It further shows the negative effects of co-sleeping with children. Finally, it demonstrates how to effectively break the co-sleeping cycle without breaking your bond with your child.

Benefits of co-sleeping with your kids

According to a 2005 study published by Paediatric Respiratory Review, babies who co-sleep with their parents are at less risk of sudden infant death syndrome than babies who sleep on their own. The study shows that the lowest number of SIDS is in coincidence with the high number of co-sleeping in the world.

Children tend to stop breathing at some point when they are asleep. The CO2 released by their parents as they breathe tend to give them a backup because it lowers the oxygen concentration making them breathe the more.

Co-sleeping with children also makes it easy for them to breastfeed, especially for children under six months. The regular feeding makes them less vulnerable to diseases and helps them develop a strong immunity.

Co-sleeping with your child makes it easy to breastfeed regularly at night without leaving the bed. Parents who co-sleep with their children during the breastfeeding period get more quality sleep. The reason being the baby can continue breastfeeding while they are both the mother and the baby is sleeping. Co-sleeping makes the mother get used to their child so much such that they are able to respond to their feeding needs without having to open their eyes.

Children who co-sleep with their parents tend to have more confidence and less anxiety. The children who co-sleep show more adjustment to life than children who don’t co-sleep. This is because the children are more attached and bonded to their primary caregiver. The children get the feeling of ‘you’re safe’ by being next to their parents. They, therefore, tend to forget everything around them and sleep peacefully. This feeling also impacts their world-view in later stages because of having internalized their environment and associate it with safety.

Older children also benefit from this aspect of co-sleeping with their parents. They tend to open up more in their discussion with the parents when they are sleeping together than they would in normal circumstances.

Co-sleeping with your child encourages bonding between both of you. The child tends to be open and feel protected when they are sure that their parents are always close by them. That sense of protection and safety makes the children close to their parents even at an older age. This is important to the child during their teenage when they start experiencing a lot of changes in their bodies. At this stage, they want to talk about it with ‘somebody’. If that bond was never created between them and their parents, they approach their friends.

Negatives of co-sleeping with an older child

Despite the fact that co-sleeping with children has some benefits, there is a downside to the practice as well. Co-sleeping affects both child development and impacts so much on the parents’ intimacy. Parents should be swift to act when the child grows up and reaches the co-sleeping age limit. The negatives of co-sleeping with older children are discussed in this section.

It fosters dependence on the child side

Let’s face this, it’s hard for parents to be intimate when a child is sleeping in between them. Their sex life is so much affected especially when the child is ‘old enough’ to start internalizing their environment. The parents are restricted to less sex and less cuddling. They even have to adapt to the child’s sleep pattern by waiting until the child falls asleep before engaging in their sexual spree.

Parents need to draw up firm boundaries and let their beds be theirs only. In most cases when the parents are not in good terms, one parent usually brings in their child to bed to block intimacy. This only aggravates the problem and does not provide any solution.

Co-sleeping with children makes it difficult to get a deep sleep. Parents get disturbed by frequent movements and sleep breaks that the child experiences at night. At times, the parent has to wait for the children to fall asleep before sleeping. They even have to wake up earlier than them. That feeling of sleeping next to a vulnerable child affects the parent so much. They have to adapt a light sleeping mode knowing that should anything happen, they have to be around for the child.

Children tend to take up the whole space in the bed. Parents are left with minimal space which they have to curl themselves to fit in. This sleeping position makes it hard for them to achieve full rest and comfort.

Due to the lack of frequent sex on the parents’ part, there is a deficiency in the production of oxytocin. Oxytocin is a love hormone that makes parents fall asleep faster and sleep deeply with less stress.

Steps to break the co-sleeping cycle

Co-sleeping with your children is a habit that builds up slowly. And before you know it, it becomes difficult to break. Parents end up co-sleeping with their children until they are teenagers. If as a parent you find yourself in such a sleep cycle with your grown-up child, it is high time to take action. This can be achieved slowly and with firm measures.

Safeguard your child when co-sleeping

Co-sleeping with your child is an important aspect during the early ages of the child. The benefits far out-weigh the negative effects. However, these benefits reduce as the baby grows up to adulthood. At some point, it will be necessary to break the co-sleeping cycle. But before that stage, parents should learn to ensure safety while co-sleeping with their child.

Co-sleeping with children is an important phase for a child’s development. However, there is an age-limit where the child has outgrown the co-sleeping stage. Past this stage, negative effects play in both for the child and the parents. Most parents, however, fail to train the children to sleep on their own until when it is too late. Parents should be keen to break the co-sleeping cycle early to avoid resistance from their children. Should a parent fail to do so early, there are steps that can be followed to ensure that the cycle. The steps guarantee a smooth transition that does not affect the child psychologically. While co-sleeping with the child, the parents should be keen to ensure that the safety of the child is upheld at all times.